The exciting second book in the Tales of Telenia fantasy series … 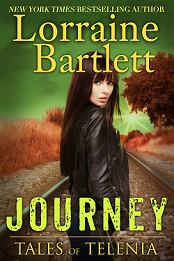 Life takes an unexpected turn when Prince Paxdon bans Amanda Shelton from Telenia’s Summer Palace, but that’s just the first step in an incredible journey that has her leading the province’s oppressed women into a life of self-sufficiency. The threat of war remains, and others are watching her every move as Amanda leaves the safety and security of the rural north and ventures to the capital city where she faces peril and life altering decisions.  Will her future be a life of luxury or despair?

“I have to admit, I’m a bit puzzled by the gaps in your technology,” Amanda said. She watched as the prince and Brannan exchanged knowing glances.

“Go on,” the prince encouraged.

Amanda swept her hand in an arc. “Here we have this train, which seems to be a throwback to another era. And yet, Brannan has a blaster as a sidearm. In my culture, the two are centuries apart.”

“I know you’ve taken technology from the ships that have crashed on your planet, but it seems like it hasn’t been an entirely successful endeavor.”

Prince Paxdon’s head seemed to sag. “Sadly, Telenia is considered one of the most backward societies on the planet.”

“I don’t even know the name of your world,” Amanda admitted. “No one has ever told me.”

“It’s of no consequence,” Paxdon admitted.

Qwan? It sounded vaguely Chinese. Amanda pictured an eggroll—something she’d never again eat, and smiled at the memory of the taste nonetheless. But the smile was short-lived. “Tell me more about this train. I have to admit, I’ve always loved trains. My dad had a miniature train layout that we set up at Christmas.” She decided not to try to explain the holiday despite their blank stares.

“Would it surprise you to know the train between Denax and Rahdar has only been running for six years?” Paxdon asked.

“We traded nearly a year’s worth of crops for it,” he added.

“Many of the prince’s enemies declared that it was a selfish waste of resources when he spent so little time at the Summer Palace, but the truth is it has expedited the delivery of crops to Denax for sale to foreign lands,” Brannan said.

“No, it’s not,” Paxdon admitted bitterly. His cheeks flushed and he swallowed a couple of times. “Most of Qwan views us as an object of ridicule. I blame my forebearers who squandered resources for their own pleasures.” Paxdon sighed. “Now you know our shame. Are you happy?”

Amanda studied the sovereign’s face, feeling nothing but sympathy for him. “Of course not, your majesty. If nothing, I understand your wish to elevate the standard of living for your poorest of subjects. I wish to help them … and you.”

Paxdon’s gaze was focused on the paperwork before him. “Thank you.”

“What can I do?” Amanda asked and hoped Paxdon would take her at her word.

The prince looked up, and Amanda nearly melted as she looked into his lovely violet eyes. “Please, just continue what you’re already doing. Anything that helps even one of my citizens, helps me. I care not if it’s for men or women. I need your help.”

Amanda glanced to her left to Brannan, whose expression mirrored his friend and sovereign. “I will, sire. I swear.”

Paxdon’s lips quirked into a smile.

At that moment, the lights suddenly winked out. The three of them looked around them.

“What on earth?” Amanda said as the rail car seemed to lose its momentum. She and Brannan exchanged worried glances and leapt to their feet at the same time. Brannan moved to his left, opened a compartment on the wall, grabbed a blaster, checked it, and flipped the safety off before handing it to Amanda, then stormed for the door, wrenching it open.  Cold air rushed into the royal car, but there was nowhere to go. They stared, frozen in disbelief as the rest of the train pulled farther and farther away from them.

“Holy shit,” Amanda groused and shut the door behind them.

“I don’t know what that means,” Brannan said, “but I think I agree.”

They stared until the train disappeared from view and the Prince’s car finally rolled to a halt.

Amanda was suddenly aware of the sound of the cold wind that blew all around them. “Do you have any idea where we are?”

“The middle of nowhere,” Brannan said.

It was true. No matter what direction she looked, Amanda saw only a pale green-gray sky and millions of acres of empty farmland.

Brannan waved his blaster to the left. Amanda nodded and jumped down to the ground, while Brannan went right. They circled all around and searched under the car, looking for a threat, meeting back at the front of it. “Anything?” Brannan asked.

Brannan crouched to inspect the car coupling. “Look at this,” he said, pointing at the metal clamp that connected one rail car to another.

Amanda gasped. The rusty metal that remained looked formidable, but the end of it had been eaten away. A gummy gray substance still clung to it.

“I thought I caught a whiff of something acrid when I entered the prince’s car. I didn’t give it much thought.”

Amanda nodded and straightened, her gaze raking over the front of the car—and saw a pair of hands clutching the edge of its roof. The blaster in her hand jerked up as she took aim. “Brannan!”

Brannan whirled, his blaster pointing at the paper-white fingers, but neither of them fired. “You! Up on the car. Get down!” the captain of the guard ordered.

Whoever clung to the top of the car didn’t move.

Amanda and Brannan exchanged worried looks. “What do you think?” he asked.

“I think we found our saboteur. The fact that he hasn’t moved could mean he’s unconscious—or worse.”

“You’re the prince’s bodyguard. You go.”

“You’re the med tech,” he reminded her. Too bad she’d shared that little tidbit of information with him. She glared at him. “I’m an excellent shot. Should he move—”

“Male chauvinist chicken,” she grated and trudged to the side of the car where a ladder led to the roof. The first rung was more than three feet off the ground, and Amanda stowed the blaster in her jacket before she struggled to climb it. As she neared the top of the car, she looked back toward Brannan, who stood, legs apart, blaster clutched in both hands, aiming at the fingers that still clutched the edge of the car.

Amanda moved with exaggerated care until she could see the top of the car. The intruder’s boots were worn, with uneven heels. His head was turned to one side away from her. His clothes were ragged, and the coat he wore—for it was undoubtedly a man—was too thin for the weather. She withdrew the blaster and nudged his leg with the barrel, but he didn’t move. She shoved the blaster back into her coat and climbed the rest of the way onto the top of the rail car. She crawled alongside the prone figure, reached to touch his neck, looking for a pulse. He was cold to the touch.

“He’s dead,” she called down to Brannan. “With the wind and the cold temps, I’d say hypothermia got him.”

She had to explain. “What do we do now?”

“Wait. And hope our friend here was working alone.”

Amanda placed her blaster’s safety back on and tossed it to Brannan, then she checked the dead man’s clothes. In one pocket she found a length of wire. Had he planned to surprise the prince and use it as a garrote? She found a thin razor-sharp switchblade in the pocket of his jacket. Amanda sat back on her heels and considered the situation. Of course the prince had enemies. He was about to gain full power after ten years of yielding to advisers—noblemen and gentry who’d held the reins for the past decade and were not happy to lose that kind of influence.

Amanda shivered in the cold wind and glanced down at the would-be assassin. His dark hair was close cropped, which was not the Telenian custom. Had he been hired from another province? Had he worn and lost a hat? He was lean—his face almost gaunt. Was he so incompetent and desperate that he would try such a reckless stunt? They’d never know.

“Can you get him down from there?” Brannan asked.

Amanda reached for the dead man’s hands, which truly were holding the edge of the car in a death grip. “I could use some help,” she called, and Brannan holstered his blaster and climbed the ladder to join her. Together, they managed to pry the man’s hands from the car and roll him off the roof. After all, the fall wasn’t going to kill him.

Amanda waited for Brannan to climb down the ladder, then edged back to the top rung and carefully followed him. She pulled the weapons from her pocket. “He had these on him. He had no identification.”

“Why would he—no one else does.”

“Something the prince might want to establish, along with passports and visas.” She knew Brannan had no clue what she was talking about. “What do we tell the prince?”

“The truth. You can’t possibly think this is the first attempt made on his life.”

“As I suspected,” she said with despair. She glanced down at the dead man. “What do we do about him?”

“For now? Leave him where he is. He isn’t going anywhere.” 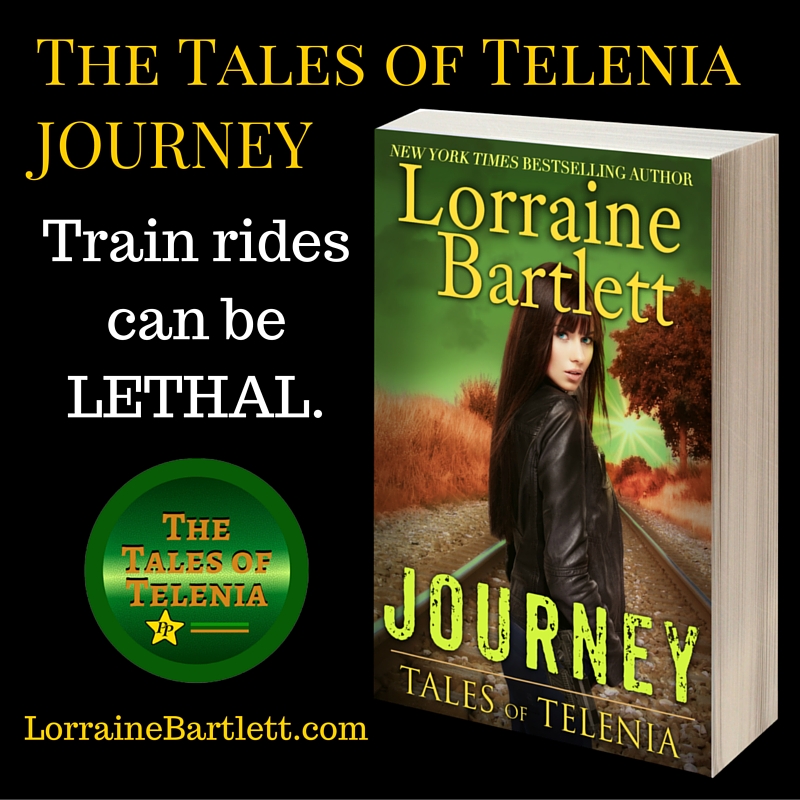