New York Times bestselling author Lorraine Bartlett leaves her mystery comfort zone and delves into the world of fantasy … or, fantasy lite … with the first in a new series … 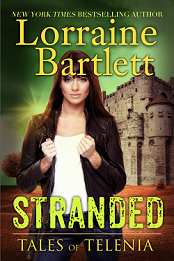 One crash landing.
One strange planet.
And the chauvinists who inhabit it.

When her interplanetary shuttle encounters a spatial rift and crash lands on god-forsaken Telenia, the clever and adventurous Amanda Sheldon is held captive by Prince Paxdon. Forcing her to learn their language, Paxdon wants nothing more than to exploit her knowledge, advancing Telenia’s technological needs and to use it against his enemies.

Stifled by the male-dominated society and their condescending viewpoints, Amanda sets out to prove that women should be heard and honored–not dismissed. Although she possesses the knowledge they need to usurp a sinister enemy and save countless innocent lives, the Telenians refuse to accept her intelligence and leadership. Will Amanda find a way to convince a planet of chauvinistic men to cross the threshold and put their trust in a woman?

Book #1 in the Tales of Telenia series.

“Lorraine Bartlett’s foray into the fantasy world of Telenia is most certainly an unusual one for fans of either her Booktown series or those of Jeff Resnick. We are transported into a different dimension, but one that is similar to one in our not-so-distant past. Amanda Shelton is a woman laden with the power of knowledge, yet powerless to implement it for the good of Telenian society. She alone possesses the keys to technological advances in Telenia.”
–Feathered Quill Book Reviews

The journey back to Brannan’s home and workshop took much longer than Amanda had anticipated, and she had no idea if the vehicle had enough duspane in it to get her there. On the top of her list of things to tell her friend was to add a fuel gauge to the prototype’s dashboard. Added to that, the headlights on the vehicle weren’t much better than the beams of two small flashlights, making it difficult to keep the prototype on the road. Occasionally their passenger would make a noise, and Amanda found her hands clutching the steering grips in a death hold, hoping whatever incantation Wren had performed would keep the beast at bay.

“That blaster belongs to Brannan, doesn’t it?”

“There are some questions I don’t ask. You would be wise to follow my example.”

“But surely no one on your world, and certainly not Telenia, has the technology to build such a weapon.” Wren said nothing, but Amanda couldn’t stop thinking about the weapon. “Those things don’t hold a charge forever. When the power fails, how is it recharged?”

“I don’t know or care. And don’t ask Brannan. He will be angry to find I know about it, and how to use it.” She straightened in her seat. “Oh, no! Look, up ahead!”

Amanda squinted and could see the lights of a cottage looming out of the darkness. Sure enough, it was Brannan’s workshop, and every light in the place was ablaze. They hadn’t left it that way. Amanda pulled up in front of the big door and Brannan stepped out of the shadows. He did not look pleased.

“Where in the name of the fallen gods have you two been?” he demanded. Amanda wasn’t sure if it was anger or concern that filled his voice.

“It’s a very long story, and it would go over much better if we told it over a pot of tea and something to eat. But first, we need to unload our cargo.”

“Cargo?” Brannan asked, as though he hadn’t heard the rest of the sentence. He ducked his head to take in the vehicle’s payload. “By all the stars—is that a sarpal?”

Wren nodded. “We’re going to need to feed it. It won’t be any happier than you when it fully recovers.”

“With my blaster?” Brannan demanded.

“Hey, she saved my life!” Amanda said, opened the vehicle’s door and found she was stiff from not only their previous antics, but from sitting in one position for so long.

Wren wasn’t moving any faster. She looked at her partner in crime. “As Amanda will also tell you concerning your vehicle, it was only borrowed.” She handed the weapon to him and moved to stand near the large opened door.

For a moment, Brannan seemed speechless. Then he climbed into the driver’s seat and backed the vehicle into the workshop.

“What are we going to do with Mr. Sarpal?” Amanda asked once Brannan had turned off the engine and exited the prototype.

“Let’s leave it there for now,” Brannan suggested. “I see it’s already soiled the back of my vehicle.” Suddenly both Amanda and Wren found other places to look. “You may tell me what it is you’ve been up to over tea.”

“Not me,” Wren said, and suddenly the exhaustion in her voice was plain to hear. “I must rest. I will trust Amanda to tell you the details of our adventures today. Good night.”

“Sleep well,” Amanda said, and she and Brannan watched her go inside. Amanda turned back to the master of the house. “How about that tea?” 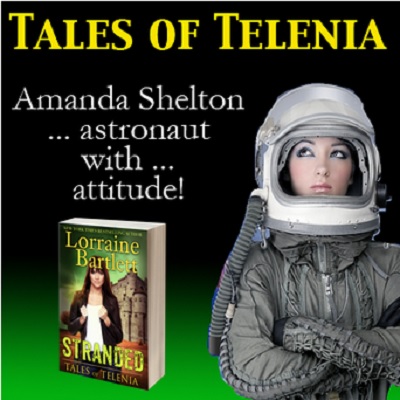