Blythe Cove Manor is a beautiful bed and breakfast located on Martha’s Vineyard, Massachusetts. It was the brainchild of three authors; Kelly McClymer, Shirley Hailstock, and myself, and based on the HGTV 2015 Dream Home. We felt it was the perfect place to tell the stories set in our (not so) imaginary B&B. Scroll down this page to find Blythe Cove Seasons, a FREE guide to our magical inn and learn more about Martha’s Vineyard.

(Scroll down for the free companion book, BLYTHE COVE SEASONS.) 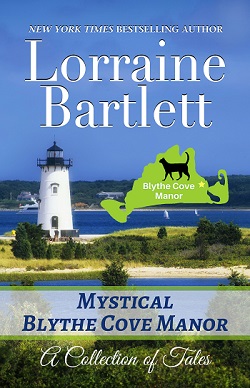 A DREAM WEEKEND: A couple’s troubled marriage is about to end unless the magic of Blythe Cove Manor can save it.

A FINAL GIFT: Can anything heal the pain of a grieving daughter?

AN UNEXPECTED VISITOR: Blythe Calvert, anticipates a peaceful weekend until a taxi pulls up and drops off a troubled, runaway teen.

GRAPE EXPECTATIONS: A young heiress arrives on Martha’s Vineyard with an agenda to taste its great wines … only to find there are none.

FOUL WEATHER FRIENDS: A young woman finds herself stranded on the island during a nor’easter. Can two strangers help her find a new life path?      Google Play 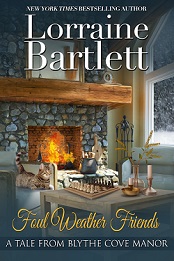 Alone and single, Teagan Tate visits Martha’s Vineyard for a failed couples weekend, and then misses the last ferry before a nor’easter hits. Her life is a mess, but a couple of strangers might just help her figure out how to turn things around. Will the magic of Blythe Cove Manor touch Teagan and show her the way? 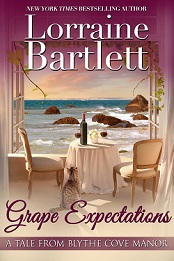 Dolly Madison is a young heiress who comes to Martha’s Vineyard with an agenda to discover and taste the great wines of this picturesque island off the coast of Massachusetts … only to learn there are none. What she will find, however, is far more enticing. 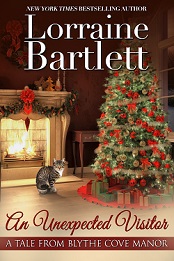 All is quiet at Blythe Cove Manor as its proprietress, Blythe Calvert, anticipates a peaceful holiday along with her cat, Martha. But then a taxi pulls up and drops off a troubled, runaway teen looking for a safe haven. Can the magic of Blythe Cove Manor heal this young girl’s aching heart? 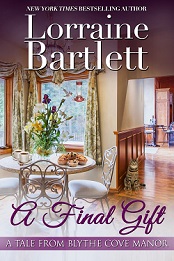 Will anything heal the pain of a grieving daughter? When a trip meant to be a gift of a weekend trip together turns into a painful solo journey, can the magic of Blythe Cove Manor help heal Jenny Taylor’s soul? 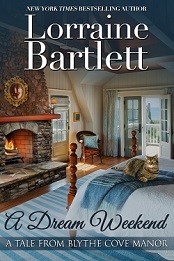 Serious life changes have pushed Paige and Alex Campbell to the brink of divorce.  Still, they win a weekend at lovely Blythe Cove Manor and experience vivid dreams that take them back in time. Is there a chance this magical place inspires the nighttime fantasies that could help them fall in love again?

Watch the book trailer for A DREAM WEEKEND!

Blythe Cove Seasons: Behind the Scenes

Free for all ebook formats! 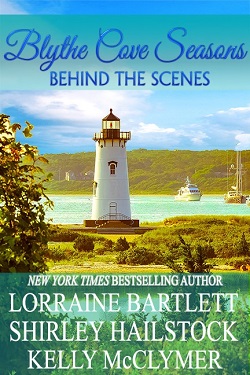 Come to the island of Martha’s Vineyard and learn the stories behind Storytellers Unlimited Blythe Cove Manor anthologies. Blythe Cove Seasons features essays pertaining to the island and our fictional bed-and-breakfast, including recipes from the kitchen of Blythe Calvert, proprietress of Blythe Cove Manor. You’ll also learn a little about our authors, Lorraine Bartlett, Shirley Hailstock, and Kelly McClymer.

*Amazon has decided not to distribute this book for free to all countries. Check the Worldwide link and click on the flag for your country to see if it is listed for free. If not, please check out the apps from the other distributors where the book is free.

Thank you for your patience and understanding.